Will He Save Their World… Or Destroy It?

So far I have reviewed a few of the DC direct to DVD animated releases (or DCDTDVDAR for short).  Now I am going to give Marvel a chance to show me what their animation staff is made of with Planet Hulk, which is based on a Hulk comic run that I had never read.

When Earth’s superheroes exile the volatile Incredible Hulk to a distant planet called Sakaar, the muscle-bound green monster is sold into slavery.  There he will fight for his freedom in the gladiator arena.

This might seem stupid but I was really impressed with the credits sequence.  I just thought it looked really cool.

Luckily, the credits weren’t the only impressive thing about Planet Hulk.  The story was really well put together.  It’s a great idea and drops Hulk right into a gladiator arena and turns him from the red-headed step child of the Avengers into the savior of an entire planet.  Pretty awesome.

The animation is, maybe, a little better than the old Hulk cartoon show from the 90s, which wasn’t bad but I expect a little better now with the updated technology and the fact that this is a DVD release – not simply a weekly children’s show.  At least it isn’t manga or computer animated.  I keep hoping those fads will die.

The voice acting is solid all the way around.  No complaints on anyone.

The gladiator fights and the many other fights are a lot of fun.  And they don’t pull any punches when it comes to the violence.  The Hulk’s green blood spills all over the place and he makes plenty of creatures bleed (red, because everyone in the universe bleeds red except the Hulk).

It did seem a little weird that a lot of the enemies that Hulk faced in the arena were robots of one form or another.  It would seem much more enjoyable for a king to have his gladiators fighting the beasts from all around the galaxy instead of the beasts that his nerdy alien robot builders put together for him.  Oh well, a very minor complaint.

It was really good to see a more recent Marvel story from the comic books since I haven’t been able to keep up with much of what has gone on in the last 10+ years.  It’s also nice to see that there are still Marvel stories being written that don’t completely ruin characters and stomp all over their origins and continuity.  Planet Hulk is a really great story and a great animated DTV release.  I can’t imagine many Marvel fans NOT enjoying this. 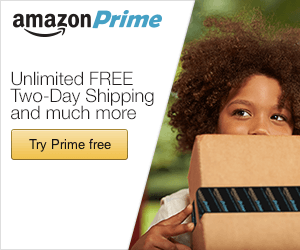