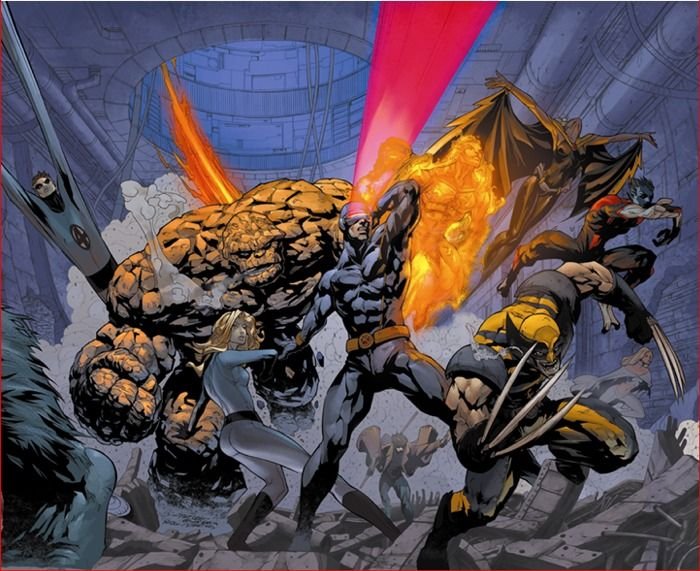 Simon Kinberg, writer for X-Men: Days of Future Past, and his Genre Films banner have signed a three-year deal with 20th Century Fox, part of which will include helping the studio create a shared cinematic universe for their Marvel characters – X-Men and Fantastic Four.

“I have a lot of ideas on how to build those brands and do what everybody is thinking of these days: Be like Marvel. I want to be able to build stories over multiple movies,” said Kinberg.

I decided to use this chance to take a look at what possibilities we might see come out of this since Fantastic Four and X-Men aren’t exactly crossing paths every other day.

This one is a pretty big “duh!” but there’s no doubt that the main X-Men team needs to continue putting out movies to make this whole thing work.  X-Men: Days of Future Past is scheduled for a May 23, 2014 release and X-Men: Apocalypse is scheduled for May 27th, 2016.  We don’t even have a clue what the fallout of DOFP will be so it is hard to even imagine what X-Men: Apocalypse will look like, much less what the future may hold after that.  A big question on my mind is what the X-Men team will be comprised of.  At what point does this franchise stay in the present?  At what point do some of these actors leave the series?  When actors do step down do they get replaced or does that character leave this universe for a while?  So many questions and we’re unlikely to get any answers for quite some time.

Wolverine has pretty much been the star of every single X-Men movie thus far (except First Class of course) and Days of Future Past doesn’t look to change that any time soon.  The real question is, with Hugh Jackman talking about potentially leaving the role, will the Wolverine character remain as popular as he has or will fans reject a new actor’s take on him?

Another “duh!” if there is going to be a shared X-Men / Fantastic Four universe, there needs to be some Fantastic Four movies.  The past iterations on the movies starring Mr. Fantastic, Invisible Woman, Human Torch and The Thing haven’t exactly been wildly successful but Fox obviously thinks there is potential there.

Fans have been waiting for this movie to happen since before he even made an appearance in X-Men Origins: Wolverine.  Ryan Reynolds has long said he wanted to reprise the role but it has been a long time now and the Deadpool that we had at the end of Origins was not exactly the Deadpool most fans wanted to see. 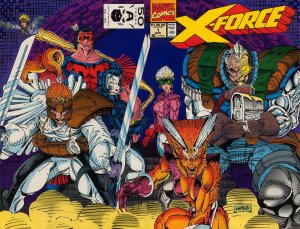 A script is already being worked on for a possible X-Force movie so this is a very real possibility.  I wrote a previous article about the different possibilities of what that X-Force team could look like but it seems to make sense to use a couple characters that are being introduced in DOFP on this team – Warpath and Sunspot – since they were both members of the original X-Force roster.  The idea of a rogue, militant X-Team certainly has me excited though.

In the 1980’s the New Mutants were a sort of X-Team in training.  The idea was that these were teenage students of Xavier’s School that still wound going on missions.  The trick with a series like this or my next pick would be, how do you make a second tier team still feel special and worth following knowing that they are, in theory, less powered and likely to be fighting lower level threats.  The other potential problem is that many of the original members were ultimately folded into the original X-Force team.  With an X-Force movie seemingly coming first, a lot of the more popular New Mutants wouldn’t need their “training” in a movie like this.

Generation X was really like a New Mutants team for the 1990’s.  The series started in 1994 with Emma Frost / White Queen and Banshee leading a group of youngsters including Jubilee, Skin, Mondo, M, Synch… and a few other mutants who never did a whole ton else.  The big push for a movie like this would be to give Emma Frost, Banshee and Jubilee some more screen time, although I don’t know if anyone is really screaming for that.  Fox could easily combine the New Mutants and Generation X ideas so that we have enough relatively popular mutants to fill out one youngster team.  There was a TV movie for Generation X that was shown on Fox in 1996 – which I reviewed HERE – which debuted to less than stellar response from fans and critics but comic book movies are a far cry now than what they were then. 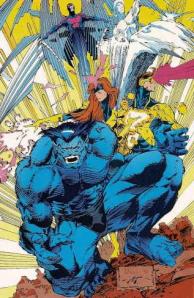 X-Factor was originally formed by the founding members of the X-Men – Cyclops, Jean Grey, Beast, Iceman and Angel – who left the X-Men after Xavier placed Magneto in charge of the team.  X-Factor posed as mutant-hunters for hire but only rehabilitated and trained the wayward mutants they caught.  Later the team, under Havok’s leadership, became a government run X-Team.  This is the route I would expect the series to take and, quite frankly, it could be very interesting… just as interesting as the X-Men or X-Force teams. 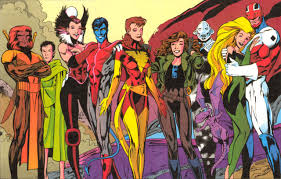 Excalibur is a British X-Team.  How that would play… I don’t know.  Nothing against my British friends but this series just never grabbed my attention.  I’d still like to see Fox make an attempt at it though as it could bring Nightcrawler back, put Kitty Pryde front and center on a team and possibly be an excuse for Fox to introduce Rachel Summers, the daughter of an alternate future Cyclops and Jean Grey.  She actually comes from the Days of Future Past timeline so it may be now or never to introduce this character correctly.  Excalibur was lead by Captain Britain, brother of X-Man Psylocke.  Again, this character is probably a tough sell and would likely be considered by casual fans a Captain America ripoff, which he kind of is.  On second though, this will probably never hit theaters but it would be kind of cool if it ever did. 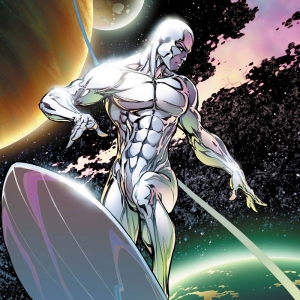 Last but not least is Silver Surfer.  Silver Surfer is the only other Fantastic Four property that I can see any potential in developing, other than the Fantastic Four of course.  He certainly has his fans, though I am not necessarily one of them.  I have never been a fan of super spacey, intergalactic stories in comic books – DC or Marvel.  Well, Silver Surfer spends most of his time flying and fighting around space.  But, like I said, he has tons of fans.  The key will be to introduce him correctly and make him cool enough in a Fantastic Four movie to warrant his own movie.

That’s all I’ve got for ya.  What are your thoughts on the ideas I’ve posed?  Do you have any ideas of your own that I didn’t touch on?  Feel free to share those in the comments below.

And, just cuz… Here’s a Wolverine / Thing FASTBALL SPECIAL to send us out…  HEEEYYYYAAAHHHH!!!

4 thoughts on “Simon Kinberg Tapped To Create Shared X-Men / Fantastic Four Universe For Fox + MY Ideas For This Universe!”